She's gone 'round the bend methinks

Okay, i know this is a bit silly, but it caught my fancy. A local weekly paper ran the ad that at a nearby museum, a car will be raffled a week before my birthday. The car looks like this: 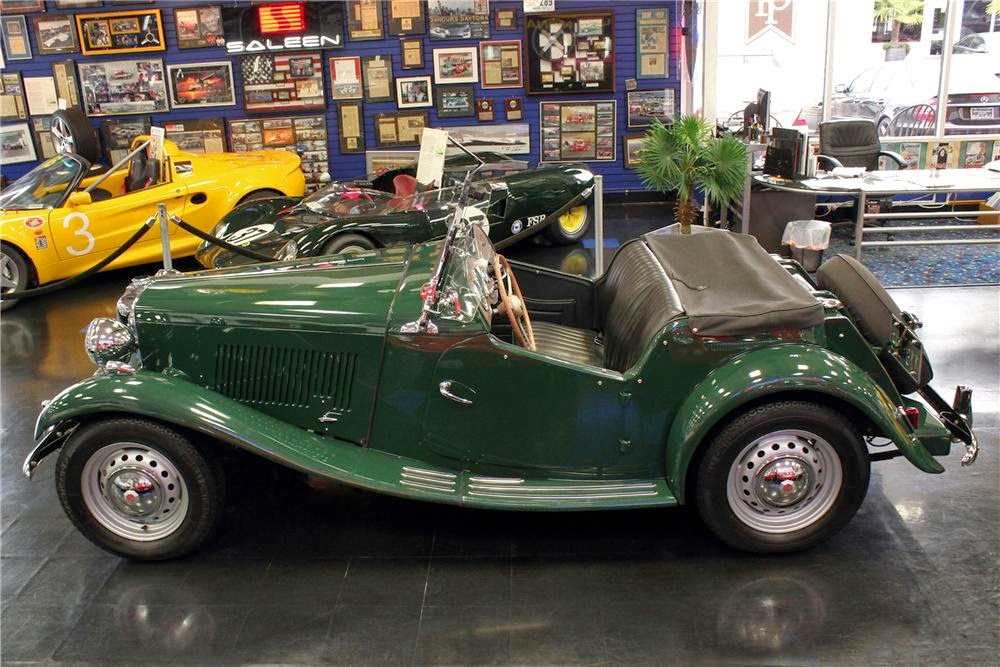 I know it's insane. I'm mechanically retarded so i do not belong even *thinking* about having an MG, but i've always loved them, ever since my dad had a 1955 or was it a 1958 MG hardtop. A little red two seater with a miniscule back seat. How i cried when he sold that car. My brother and i were getting too big to squish ourselves in the back.

I was going to buy one ticket and opted instead for two.

Just one of those flight of fancy moments, but it looks like such FUN and who wouldn't want tool around in this 1951 MG TD roadster?

Posted by megan blogs at 22:09 5 comments: Links to this post

Email ThisBlogThis!Share to TwitterShare to FacebookShare to Pinterest
Labels: flight of fancy

A friend of mine works at a humane society about an hour from where I live. I visited with her last Friday, met some of the cats, and if it weren’t for Phoebe being such a curmudgeon, I’d have undoubtedly come home with some new furfriends.

My friend shared on facebook how two of the workers, sisters, stayed after hours because as they were getting ready to leave, an animal control officer arrived with a lost/stray dog. One of the sisters recognized the dog as one gone missing and its picture was posted on facebook. She got the contact information, phoned the owners, and the sisters will wait at the shelter until the family can arrive and collect their lost pooch.

That reminded me of a time nearly 20 years ago now, when Himself and I were on our way to church one Easter morning. Actually, the day before that, we had an older, black dog lumber into our yard. He looked friendly enough, tongue was hanging out a mile, so we gave him some water. We looked at his collar, and it had a New York dog tag, no name and number to call. I bristled at the thought of someone simply dumping him, which sadly happened all too often in that then remote part of Pennsylvania (we were then “discovered” and became part of exurbia, but that’s a separate tale).

I had given up red meat that Lent and wanted to find something to feed the dog. Zerbe, our black and white cat who had run away from next door when she was 12 to come live us, was very used to dogs, having lived with them for so long. She didn’t get her hackles up when she saw him, was perfectly all right when we gave him a drink, and didn’t mind, even, when he flopped down on the deck to nap. But, when she saw me getting out some cubed beef, she was more curious. I browned the meat, making a bit of gravy to go with. I saved some for her and gave the rest to the dog. We called the SPCA because Himself can’t breathe really at all around dogs (terribly allergic) and we hadn’t seen the dog before so didn’t know where he lived. The dog tags were of no use, either. The dog happily ate the beef, Zerbe was glad I gave some of it to her, and it didn’t take long for the animal control officer to show up.

We guessed the dog was at least 10 years old. He got up into the truck with only a little trouble, and wagged his tail. Clearly he had been someone’s pet and was a good natured fellow.

Zerbe was relieved to see the canine guest wasn’t staying, Himself and I said a few prayers that it would end happily, and we went about our business.

So, next day, early in the morning, we were on our way to church when we saw huge yellow signs with green lettering. LOST DOG, followed by a phone number. We turned around immediately and went home to call the number, as this was in the age before cell phones. They answered on the second ring. They had just called the SPCA to find out they had their dog. Older, black, long tail. We told them we had fed their dog some stewed beef cubes the day before and called the SPCA because the dog tags were from New York.

Yes, they admitted. They had moved recently and hadn’t gotten around to updating the tags. They had a fenced in yard the dog had never shown interest in leaving, but apparently, they got careless, left the gate open enough so the dog went wandering. They lived about ¼ mile away. The dog, as it turned out, was 13.

I spoke to the wife on the phone. The husband was already en route to the SPCA to collect the dog. He stopped by our house a few days later to give us a thank you gift. Zerbe greeted him and quickly saw he was not a cat person so left the room. The man’s voice broke as he told us about the dog, how frantic he’d been when he wandered off, how he’d never done anything like this before, how very grateful he was. He gave us a thank you gift. A calendar and something else I can’t remember now what it was, just that it was something we’d never use, but the thought was so sweet, it was easy to thank him most sincerely. He berated himself for not updating the dog tags right away. We shrugged. It all ended well, that’s what mattered.

And on this Good Friday, I can’t help thinking that those people on the way to the shelter to pick up their lost dog will think this the best of Good Fridays. Will be thankful for the staff who willingly stay after hours to ensure the dog is reunited promptly with his family. And celebrate that which was lost is found with a wagging tail.

Posted by megan blogs at 19:33 3 comments: Links to this post